Company Of Heroes 3 Will Feature 2 Campaigns At Launch

We're excited to announce that Company of Heroes 3 is now available for PRE-ORDER. Go to ▶️ https://t.co/T4moULgdyf so you're ready for launch ! pic.twitter.com/9JswxuWBTG

Company of Heroes 3 seems like it’s going to be a great game, but the inclusion of two campaigns at launch just might make it better. The first campaign is a big Italian campaign, which includes a vast map. Along with that, we’re also getting the North African operation. This second campaign will feature a brand new team, the Deutsche Afrika Korps.

The new second campaign isn’t going to be DLC. Some upcoming games have the inclusion of Day 1 DLC, such as Soul Hackers 2 and Xenoblade Chronicles 3. These decisions have led to some big criticisms, fans don’t seem to like that content that is just cosmetics, cut out of the main game. Such as Shin Megami Tensei V‘s decision to make some very helpful demons, called Mitamas, DLC. The game seemed to remove a staple of the franchise all to make a quick buck, so it’s nice to see that Company of Heroes 3 is giving out the second campaign on launch day.

The battlefield in Italy is vastly different from the African one. The African one features vast open lands and small settlements with wide streets. Definitely the perfect place for a tank. The operation in Africa is different as well, there’s no dynamic map here. Instead, the African operation seems to adhere to the classic Company of Heroes strategy. The operation will feature missions that let the player engage in RTS battles. This seems like its own thing and doesn’t feel like it’s going to be similar to the Italian campaign at all. You can check out what the North Africa operation is going to be like here: 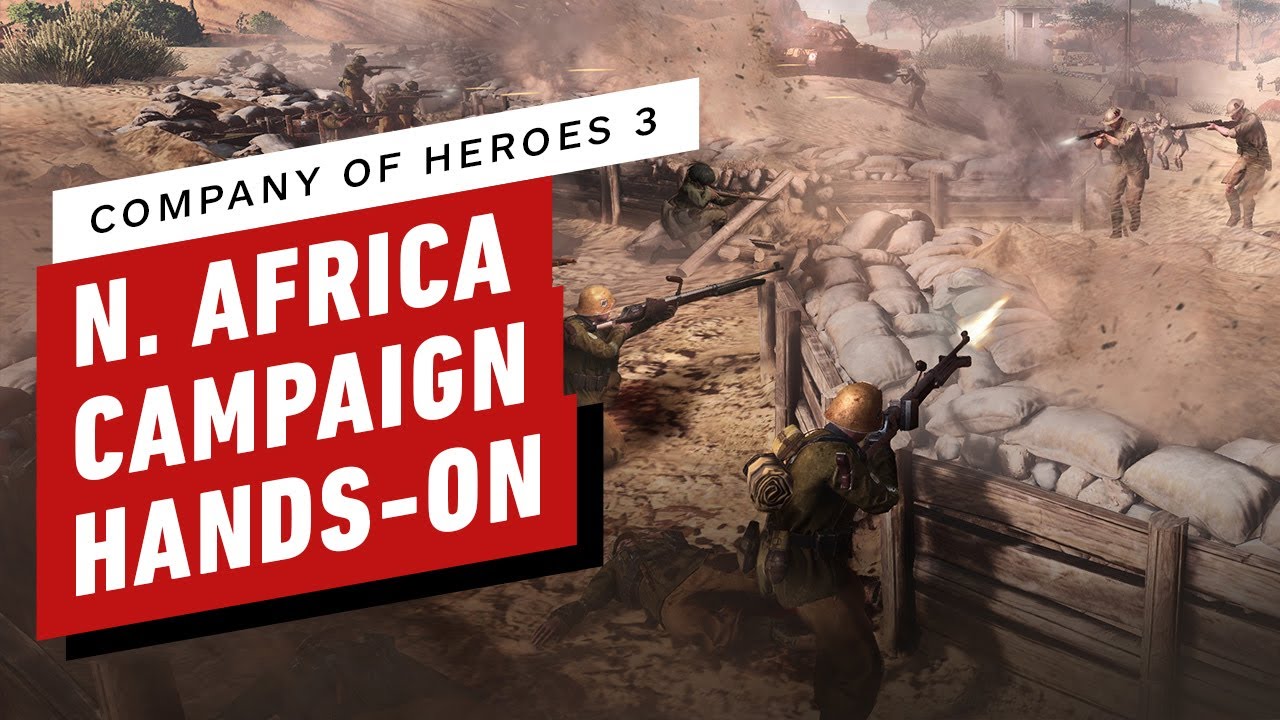 Company of Heroes 3 will launch on November 17th for PC only.