Sen Shroud on CSGO vs Valorant: “CSGO Is A Joke”

Sen Shroud on CSGO vs Valorant debate, claims that “CSGO is a joke”. Ever since its release, Valorant has been compared time and time again to CSGO. And it seems that yet again, there’s a new discussion in the community on the matter. Just recently, Michael “shroud” Grzesiek called CSGO a joke when compared to Riot’s 5v5 shooter. Just a short while ago, it seemed as though CSGO was the king of tactical shooters, but ever since Valorant entered the scene 2 years ago, the game had a competitor. Valorant was praised for being transformative to the genre, and while the game has its flaws, there’s no denying the success it has had. Players keep comparing the games to each other, and now Shroud has weighed in on the discussion as well.

While playing the game on a stream, Shroud made a comment on Valorant regarding the whole CSGO vs Valorant debate. While making a comparison between the two, he claimed that Valorant is the harder game and that it makes CSGO looks like a joke. Last year, Shroud claimed that CSGO had a higher learning curve and that players needed to practice lineups and needed to know the ins and outs of the game to come out on top. Although it seems as though his ` has made him rethink his opinion on the matter. A whole year later, he claims that when compared to Valorant, CSGO feels like a joke.

CS looks like a joke compared to this game, I am telling you. There’s no sugar coating. The game is just hard.

But Shroud had an explanation for his opinion as well. Later on, the CSGO stated that Valorant may be harder because of how low of a skill ceiling the game has. In his previous streams, he mentioned that he believes that everyone is highly skilled in Valorant, which no doubt makes the game harder. But he also stated that maybe the reason everyone seems to be a pro at the game is that overall, the game might be easier. 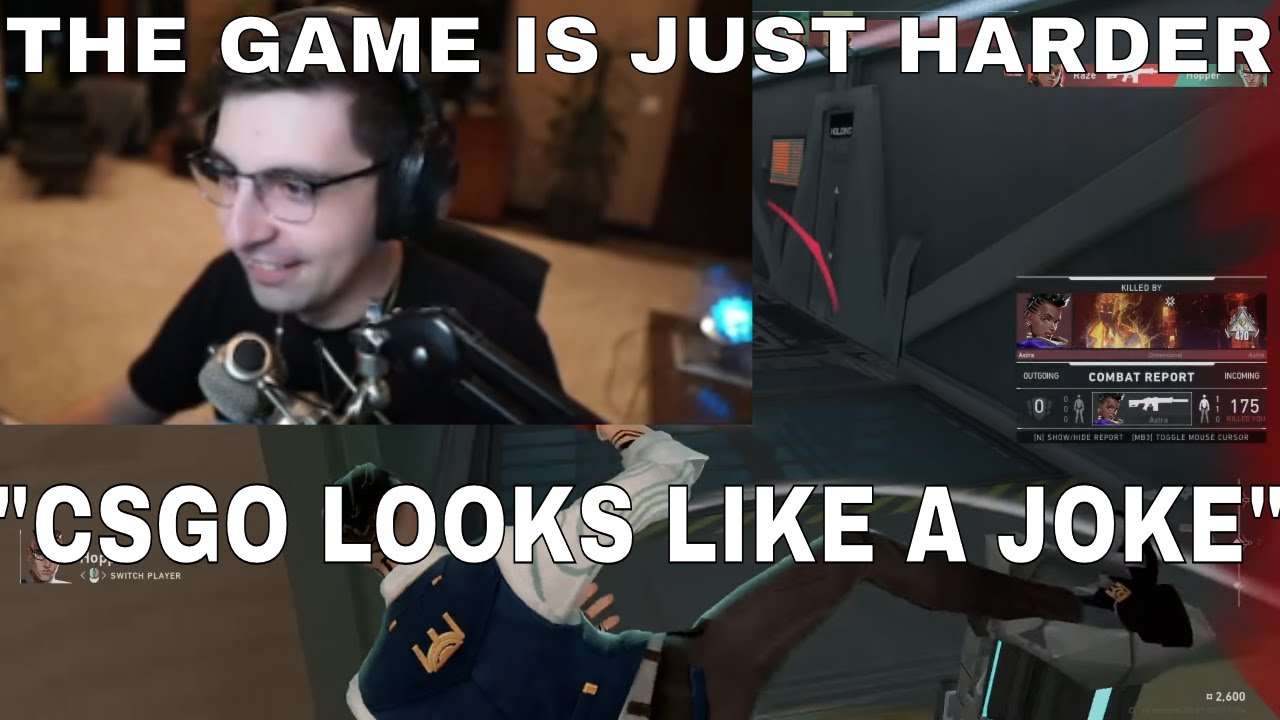 Both of the games are challenging in their own way, so if you feel as though that CSGO is harder, then that’s completely fine as well.