Deathloop returns to the gaming radar with the content-packed GOLDENLOOP patch in Deathloop update 1.401.002, featuring major additions to the blockbuster title’s gameplay formula and bringing it to a wider player base with its release on Xbox Series X/S. The addition of crossplay, new weapons, and abilities is definitely going to bring players back into the loop. 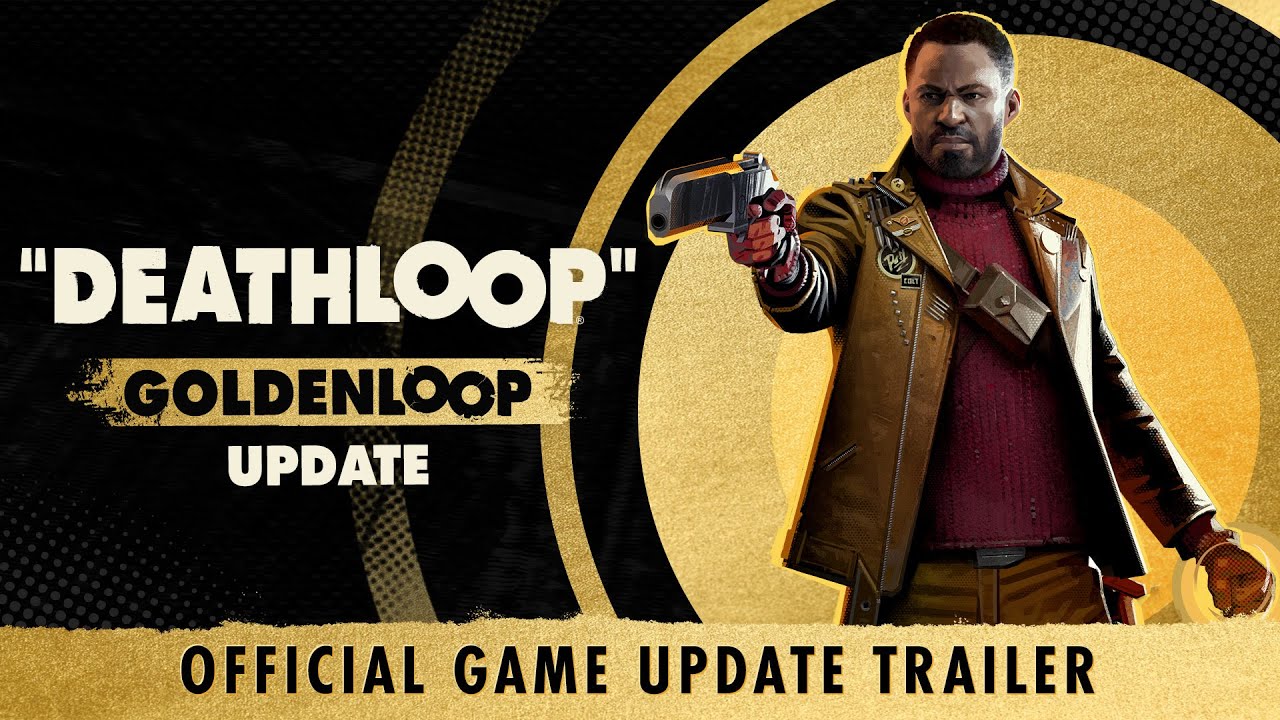 With this update, Deathloop is now accessible across all current-gen PlayStation and Xbox platforms as well as PC. They are also available on Sony’s Subscription service, PS plus extra, and Xbox’s game pass to play free from September 20 onwards.

This update introduces crossplay between PC, Xbox Series X, and PS5 along with a new extended ending as part of the GOLDENLOOP patch. Arkane Studios have released the official patch notes for this update, as detailed below.

The GOLDENLOOP Update also introduces crossplay for PvP matchmaking across PSN, Xbox, Steam, Epic, and the Microsoft Store environments. You can set your Cross-Platform Matchmaking setting to Any (all platforms) or Same (just your platform), and you can also set your Cross-Platform Matchmaking controller to Any (all controller types) or Same (just the one you’re using).

Xbox console and PC versions will also feature cross-purchase and cross-save, so if you purchase DEATHLOOP through the Microsoft Store on either Xbox or PC, you’ll be able to play it on your other Microsoft platforms and pick up right where you left off.

Coda: Extended duration
Earworm: Cast a Fugue “mine” on a surface
Discord: Target becomes hostile toward its allies
Syncopation: On the target’s death, Fugue affects nearby enemies

Just imagine the damage you could do with the combination of Discord and Syncopation. Now that’s Colt’s kind of party.

You’ll have to do a little digging to find out how you can nab the Fugue Slab. Maybe check out Karl’s Bay in the afternoon? You may find a new mystery to unravel.

The Visionary Wenjie has a new treat for you. The HALPS Prototype is a new energy-based rifle that fires a continuous laser-like beam, allowing you to rip through your enemies with precision. Fire the beam at a turret or security camera to refract the beam and hit your foes with bank shots.

If you thought the other Eternalists were off their rockers, just wait until you meet the Paint-Bomber. These new NPCs are taking their creative flair to a new level, strapping themselves with a bandolier of paint-filled explosives that they’re all too happy to ignite while they sprint your way. Don’t let them get too close, or they’ll take you down in a blaze of glory with them and turn you into another paint smear on the island of Blackreef’s colorful streets.

Previously Julianna’s unique ability Masquerade was the only ability in the game without its own upgrades, but no longer. With the GOLDENLOOP Update, you’ll have four possible upgrade options:
Ensemble: Target up to three NPCs with Masquerade
Mend: Regenerate health while using Masquerade on an NPC
Expose: When an NPC affected by Masquerade dies or spots Colt, Colt is automatically tagged
Incognito: Damage taken while using Masquerade is converted to Energy

19 new trinkets have been added to DEATHLOOP, but these trinkets aren’t like the ones you’re used to. These 2-in-1 trinkets all combine the abilities of two existing trinkets. Take the new ‘Wrecking Ball’ trinket, for example, which fuses the existing ‘Sprinter’ (move faster) and ‘Unstoppable Force’ (damage an enemy by sprinting into them) trinkets. Or ‘Rolling In It,’ which is a blend of ‘Deep Pockets’ (carry more ammo) and ‘Stab N Grab’ (receive ammo from melee kills). Snag one of these dual-purpose trinkets to free up some space in your gear for new trinket possibilities.

… Including an extended ending for the game and other surprises. But what would be the fun of spoiling them for you? You’ll just have to play through DEATHLOOP to see what else the GOLDENLOOP Update has in store for you.

Just your average closeted gaming enthusiast on a role-playing journey to find those hidden gems. Finally, using the opportunity to put my writing skills and experience to use in something I'm truly passionate about.