Jitsu Squad was confirmed to be releasing for the Nintendo Switch back in February after a successful Kickstarter campaign. It has now been revealed that ININ Games have come on board and will be releasing the title in Q4 2022. For fans of fast-paced 2D beat-em-ups, this is the game for you.

ININ Games recently announced that it will bring Tanuki Creative Studio’s fast-paced 2D beat ’em up adventure Jitsu Squad to Nintendo Switch, PlayStation 4, and PlayStation 5 for online stores and retail. For people who want to play the game on the Xbox, there are plans to bring a digital version of the game on Xbox One and Xbox Series X|S at a later date. Fans can expect crazy and chaotic battles with four unique Jitsu Squad members, either individually or with up to four people in co-op mode.

Jitsu Squad is a fast-paced fighting game inspired by the old brawlers, combined with the intense combat of modern beat ’em ups. Play alone or with up to four people in co-op mode against waves of enemies while collecting massive combo chains and unleashing powerful and flashy super moves. As a nod to old-school 90s fighting games, Jitsu Squad not features a hand-drawn cartoon look and stunning visuals but also music by none other than Crush 40 singer, Johnny Gioeli, who has composed music for many famous games, such as Sonic The Hedgehog.

The story of the game centers on the legendary Kusanagi Stone, which contains the soul of a powerful demon, and can grant godlike powers to those who awaken it but has remained hidden for centuries. The evil wizard Origami, destroyer of worlds and lord of darkness, has summoned the ancient warriors to find the stone for him, cursed their souls, and turned them into animals. Fortunately, the mysterious monk Ramen manages to save four warrior souls from Origami’s call: Hero, Baby, Jazz, and Aros, all of whom form the Jitsu Squad. 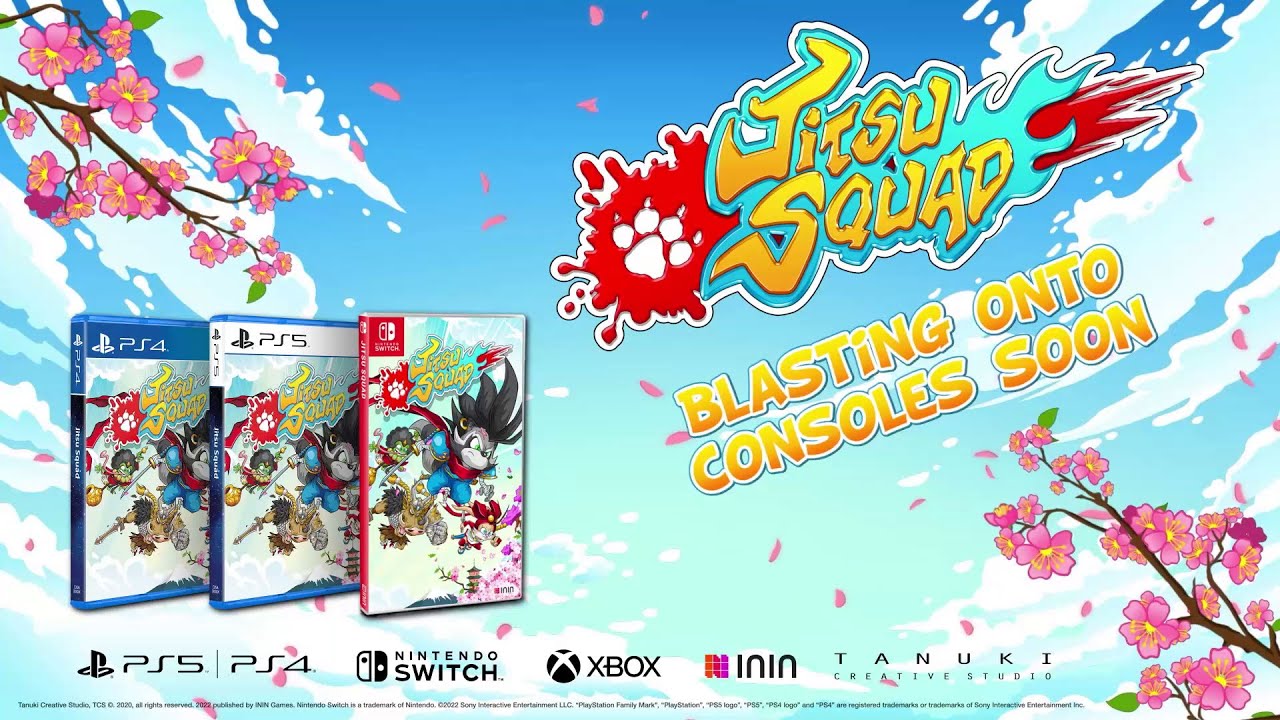 Jitsu Squad will launch on the Nintendo Switch, PlayStation 4, PlayStation 5, Xbox One, and Xbox Series X|S later this year.