Lethal Honor Order of the Apocalypse has been confirmed for the Switch. Action-adventure rogue-lite Lethal Honor is headed to Switch, publisher HandyGames and developer Viral Studios have announced. There is no release window set at this time.

For those who don’t know about Lethal Honor Order Of The Apocalypse, players will be taking on hordes of eldritch creatures in relentless isometric close-quarter battles. The game features an art style that takes inspiration from the 1980s dark age of adult superhero comic books and graphic novels.

Lethal Honor Order of the Apocalypse is an action-adventure rogue-lite with challenging gameplay. Players will fight against eldritch creatures using melee weapons and a multitude of different abilities in multiple locations. In the game, players will be a part of a secretive organization that investigates the supernatural and the impossible, which is fairly significant. The player will be tasked with destroying these monsters and preventing disasters.

Lethal Honor’s progression system is a completely new model that’s never been seen before in a rogue-lite. The game features hand-drawn comic panels that are seamlessly implemented into the gameplay during each of your route’s procedural runs. With every single death, you come closer to waking one of the main characters in their own story to play.

The game features brutal and intense combat with rewarding close-quarter melee combats that puts your skills to the test. Attacking without strategy is not recommended, and players are encouraged to think before they attack. Players will kill and be killed themselves, but they’re told to never give up.

Lethal Honor will feature many different scenarios, with each one being completely brand new. Each scenario will have its unique enemies, events, items, and traps. Players will fight through laboratories ripped straight out of sci-fi or work their way through a jungle filled with insects. The game will also feature caves, abandoned mines, and even destroyed cities. Everything in the game will tie back into the narrative, with a storyline that takes place over a thousand years. 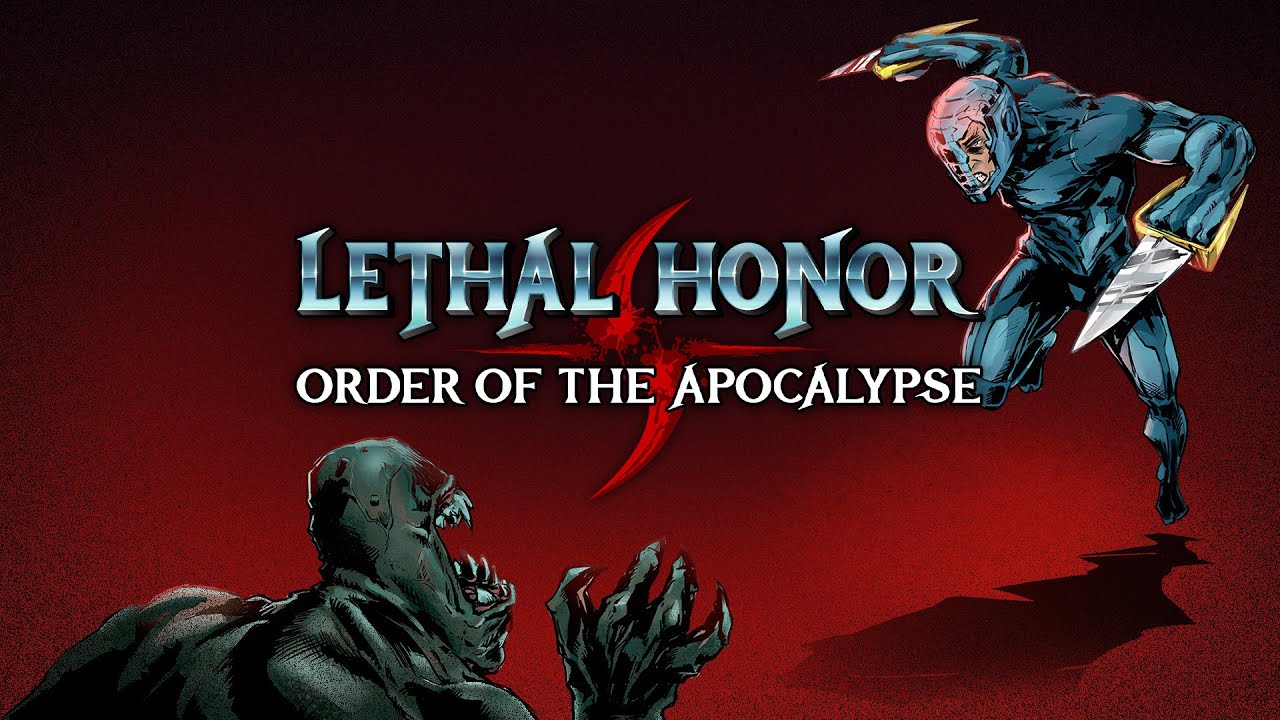 Lethal Honor Order of the Apocalypse will be released for PC, PlayStation 4, Xbox One, and Nintendo Switch. No release date has been confirmed for now.