Melty Blood: Type Lumina Neco-Arc DLC and Marie Kyrielight DLC have been confirmed to be dropping soon. French Bread has announced that they’re going to be adding two new characters to the game, those are Neco-Arc, Arcueid’s parody, and Mash Kyrielight from the Fate franchise.

Melty Blood: Type Lumina is the newest entry in the Melty Blood franchise. Starting in 2002, the franchise is developed by French Bread and is heavily based on the visual novel, Tsukihime. The franchise sort of acts like a sequel to the original visual novel, and has also become a staple in the fighting game genre. While not as popular as something like Tekken, Melty Blood has an active fanbase. After 2008’s Melty Blood Actress Again, the franchise got no new games until 2021’s Melty Blood: Type Lumina, which takes place in the Tsukihime remake’s timeline. It maintains a small yet dedicated player base to this day and has tons of fans.

[Info]
Both new playable characters, "Neco-Arc" and "Mash Kyrielight", will be available for free!
Additionally, two additional characters scheduled to be added this winter will also be delivered for free!
Buy now→https://t.co/KA7n32BbAC#MBTL pic.twitter.com/HTfCY84aKp

Neco-Arc is a character from the Tsukihime series. She is known as a Neco Spirit. She is a tiny cat girl and acts as a parody of the Tsukihime character, Arcueid Brunestud. She’s sometimes even used as a mascot for Type-Moon, who are the creators of Tsukihime and Melty Blood. While she experienced a lot of love from fans two years ago in memes, since then she’s become a controversial character in the fanbase. While some love her, there are a lot who feel as though she’s plain annoying, and letting the legacy of a great visual novel be an unfunny cat girl rubs fans the wrong way. Annoying and unfunny are used a lot when describing her and for good reason. Regardless, Type-Moon seems to have settled on getting her into Melty Blood, which has also angered some fans.

This should be considered a hate crime against the community imo, I want every neco arc and mash player to know I will spend every waking moment perfecting the MU against you, you will never know the taste of peace https://t.co/vU3tXoSjg6

It was also confirmed that there’s going to be a Melty Blood: Type Lumina Marie Kyrielight DLC. She’s a character from Fate, one of Type-Moon’s other works. Even though it came out after Tsukihime, Fate has gone on to become Type-Moon’s most popular franchise, surpassing other great works like DDD. Even though Melty Blood is based on Tsukihime, it’s gone on to have crossovers with other Type-Moon franchises. Mash is from Fate/Grand Order, which is a gacha game. It seems as if some fans think that Mash’s inclusion might be a way to get players to start playing F/GO and give Type-Moon their money in the process. As you can expect, they didn’t take to this too kindly.

This is literally only for unfunny people who have literally never touched a single piece of type moon media. Like did they forget they had other tsuki characters to add or something like who was even asking for mash of all characters https://t.co/z4yumnfP3D 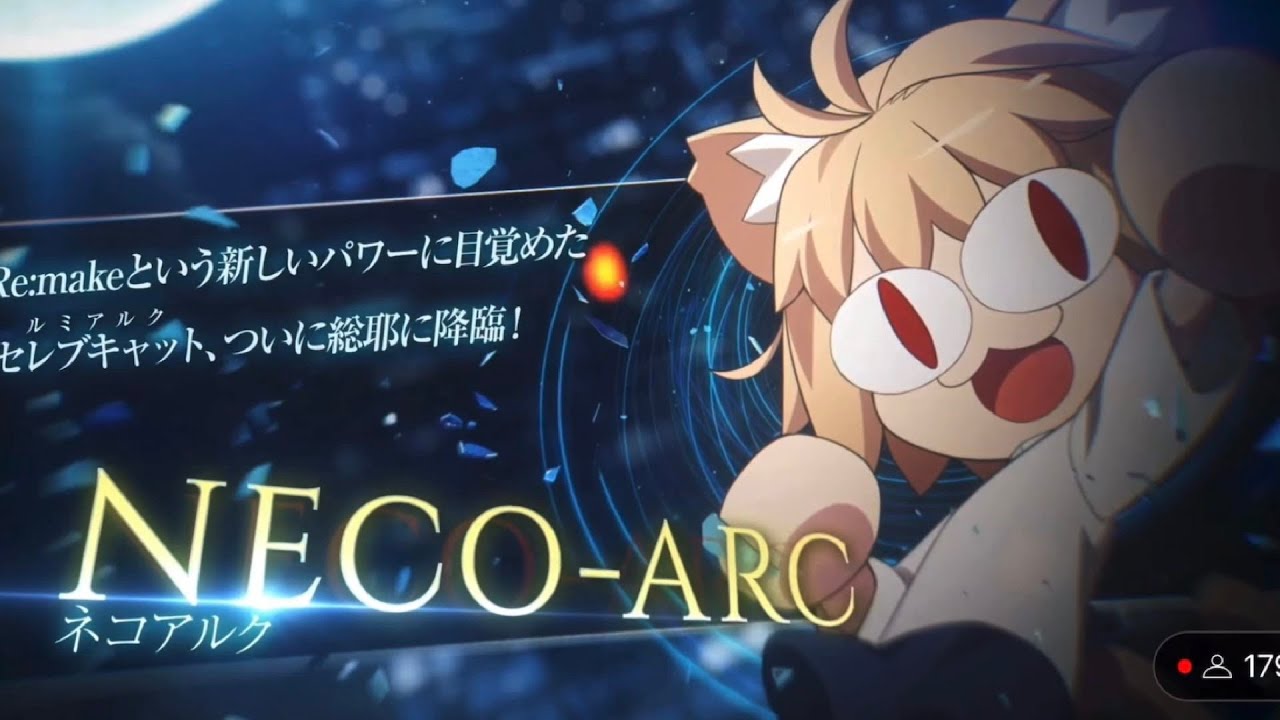 Melty Blood: Type Lumina is available to play on PlayStation 4, Nintendo Switch, Xbox One, and PC.