NIS America has announced that they will host the NIS America Showcase 2022 on September 7. The event will air at 8 am PT / 11 am ET / 4 pm UK / 5 pm Europe. The presentation will include four new game announcements, several updates, and a post-show with an in-depth look at upcoming games launching soon. The company will also be hosting a giveaway for an exclusive, one-of-a-kind acrylic print featuring artwork from one of the newly announced games.

NIS America has revealed that it will be hosting a special showcase next week on September 7th. The publisher promises four new game announcements and updates https://www.windowsnexus.com/oculus-quest-2-update-v43/https://www.windowsnexus.com/oculus-quest-2-update-v43/on upcoming titles. The show starts at 8:00am PDT / 11:00am EDT / 4:00pm BST. NISA describes the above four announcements as “brand new,” so we expect at least a few surprises. That said, Disgaea 7 was only unveiled last week in Japan, which could mean we’re in for a localized reveal. 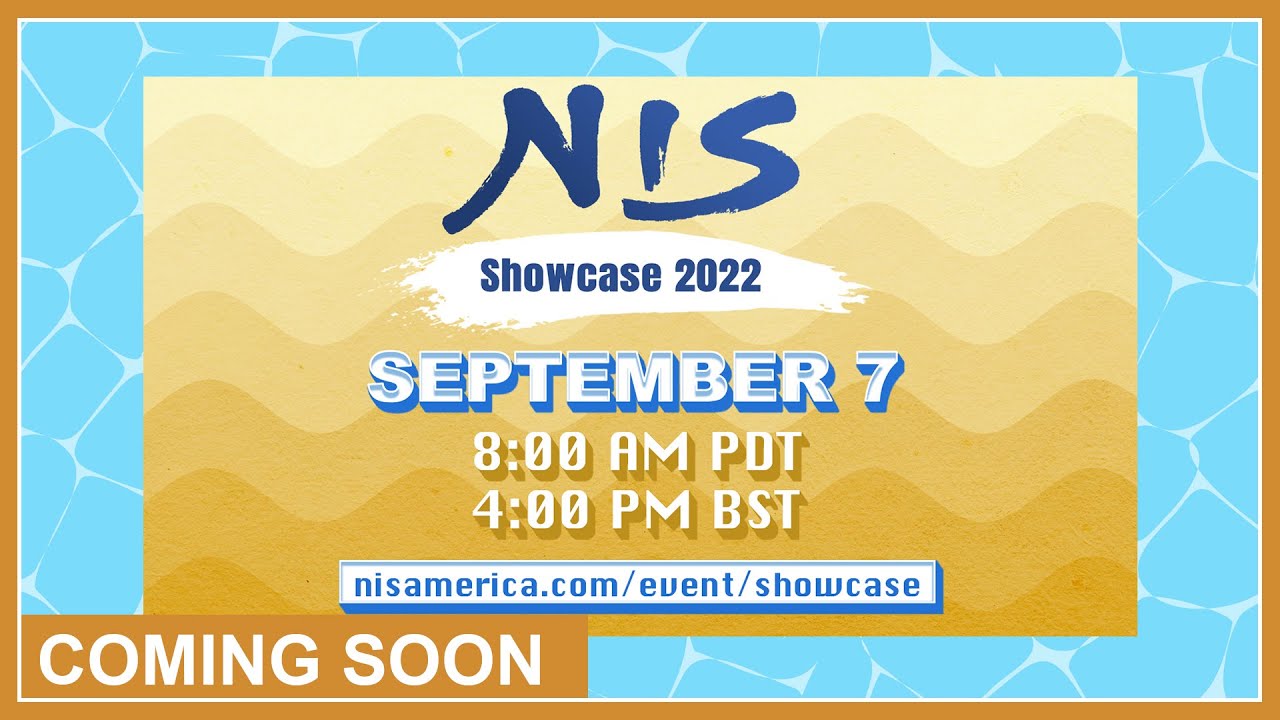