Detective and Killer,
deduce a serial murder case from both eyes,
in downtown Tokyo.

Murder and Detective Adventure
“YOU planned the murder scenes”

Project Code Name M is the newest upcoming video game by developer NOVECT, who also created The House In Fata Morgana. Project Code Name M is a mystery adventure game that will be set in modern-day Tokyo. Players take control of two separate characters. First, they create intricate murder scenes as the killer, after that, they play the role of a sleuth who pursues the truth of the case.

In the detective segments of the game, the players search for the truth in adventure-style segments. Players will be tasked with moving around the map and investigating the murder, and they will also be able to interrogate various people. Contrast this with the murderer segments of the game, where players will assume the role of the murderer. As the murderer, players will plan out various crimes and put their plans in motion. This can be done in various ways, such as faking a suicide note or pulling on an infamous locked room murder. 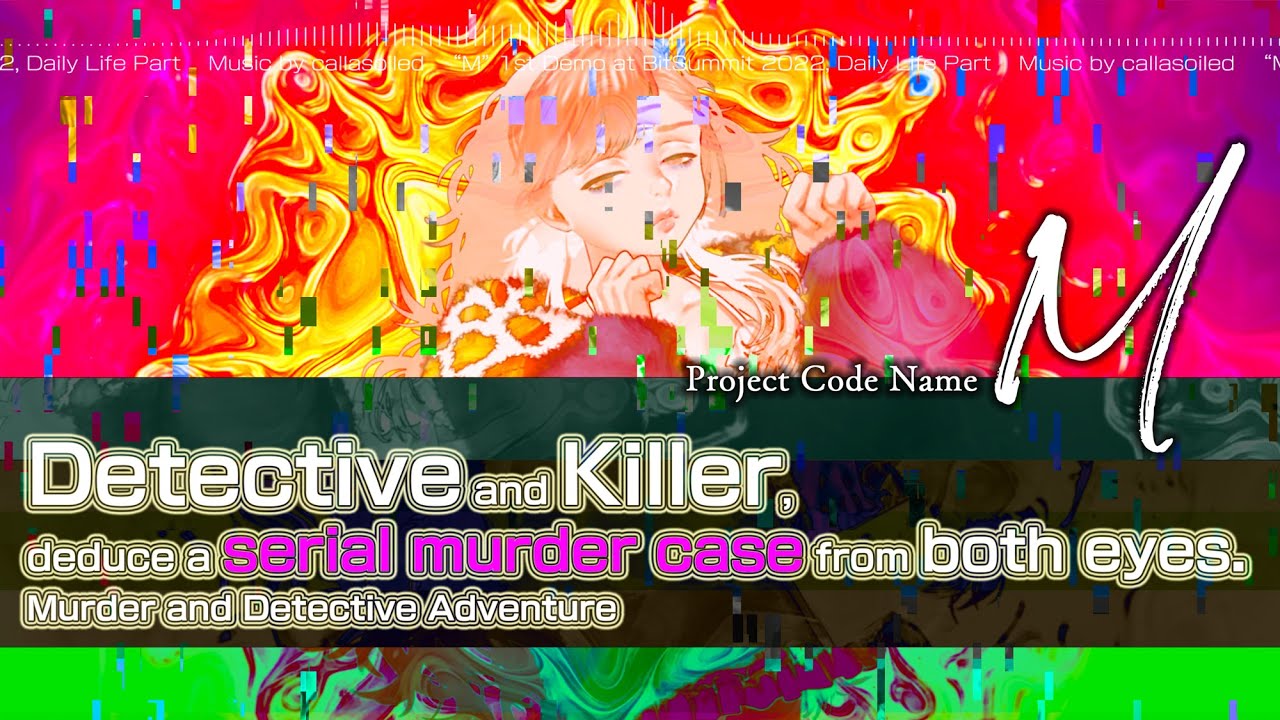 Project Code Name M will release for PlayStation 4, Nintendo Switch, and PC. There is no release date given at this point.