Soul Hackers 2, the sequel to the 1997 JRPG, “Shin Megami Tensei: Devil Summoner – Soul Hackers“, revealed just recently released a whole host of screenshots. Developed by Atlus, the creators behind the Shin Megami Tensei and the Persona franchises, Soul Hackers 2 introduces us to Ringo, as she is caught up in a war between two Devil Summoner factions. The players will explore supernatural elements, and with the help of their friends and demons, save the world from being destroyed. 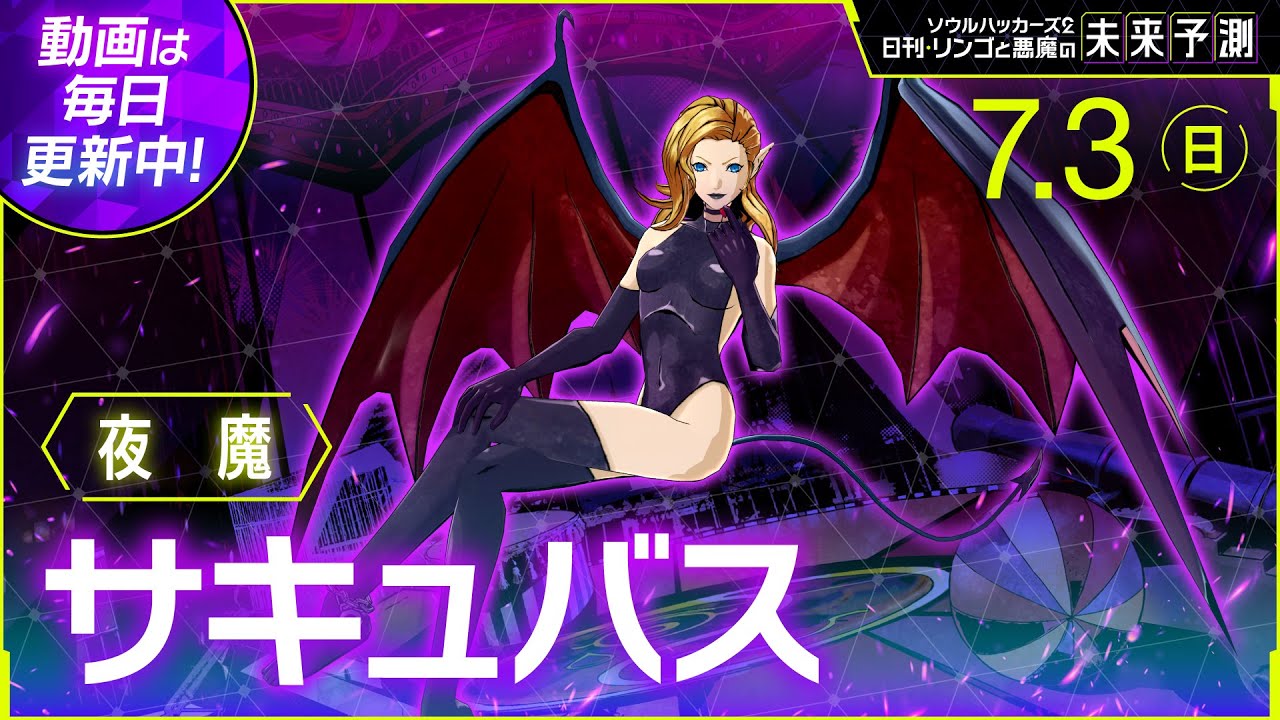 The player will take control of Ringo, a being that has been created by a super AI called “Aion“. The player will be able to form bonds with new characters and party members, which in turn will help them in battle as well. The game will take place in a neon cyberpunk city and will feature various “Devil Summoners“, beings who can use the power of demons to their will.

Their story hasn't ended yet – in fact, it’s just getting started. 🔥

While Persona may be about hanging around with your friends, Devil Summoner is unique. That’s why fans were skeptical, after not a single new entry since 2008’s Devil Summoner 2: Raidou Kuzunoha vs. King Abaddon, to be suddenly met with a sequel that took in a completely new art direction was a surprise. What was even more of a surprise was Soul Hackers 2’s choice to completely drop the Devil Summoner sub-title. Instead, it simply calls itself Soul Hackers 2.

Some fans weren’t all too happy with this change. As they viewed it as taking something unique as Devil Summoner and stripping it of its identity to be closer to the Persona franchise visually, which is Atlus’ best-selling franchise to date. Regardless, we can only hope that Soul Hackers 2 turns out to be a good game.

Atlus has released new screenshots regarding Soul Hackers 2, which show off the series’ regular demons such as Jack Frost, who has been commonly used as the Megami Tensei series’ official mascot. You can view all the new screenshots here.

Despite only being revealed in February, Soul Hackers 2 is set to release just a few months later on August 25th for Japan and August 26th worldwide.

In a war between Devil Summoners, it's up to Ringo and her team to decrypt destiny and save the world from apocalypse!

This was a surprise to fans, as usually, games come out a year or two years after their initial reveal but Soul Hackers 2 was only a few months away.  We hope that it turns out to be an amazing game that lives up to its predecessor.