Recently, we got a look at a brand new Tekken 8 trailer on Tuesday, during Sony’s State of Play stream. The title was first teased at the EVO fighting game tournament last month, and it’s also one of the titles that appeared on the list of games leaked from Nvidia’s database last year. While the listing was stated by Nvidia to be nothing of importance, it seems that was a lie as we’ve got a brand new reveal trailer on our hands.

Tekken 8 breaks into a new generation on PS5. Dive deep into the reveal trailer with Director Katsuhiro Harada: https://t.co/HZEzwxnJIN pic.twitter.com/6FEnNyozGl

Announced at Sony’s latest State of Play, the engine trailer showed off Jin Kazama and Kazuya Mishima, two of the franchise’s most iconic fighters. The trailer shows the father and son duo dueling it out in the rain, and while the two duke it out, we catch a glimpse of Devil Jin as well. While it was only announced for PlayStation 5 during the show, it has since been confirmed for Xbox Series X|S and PC via Steam as well.

In the PlayStation blog post, Tekken 8 director Katsuhiro Harada says the clip is from the story mode and that all character models, backgrounds, and effects are the same as those used in the game. He also points out that the raindrops running down the characters’ skin is from the actual real-time rendering of the game scene and are not an effect created for the trailer. All of these are rendered in real-time, and the game looks to be running at 60fps.

Tekken 8 seems to promise a true next-gen experience, as the game is only going to be available on the PS5 and Xbox Series X|S consoles. Harada also stated that the game is still in development, so we’ll have to wait a bit to get more info. 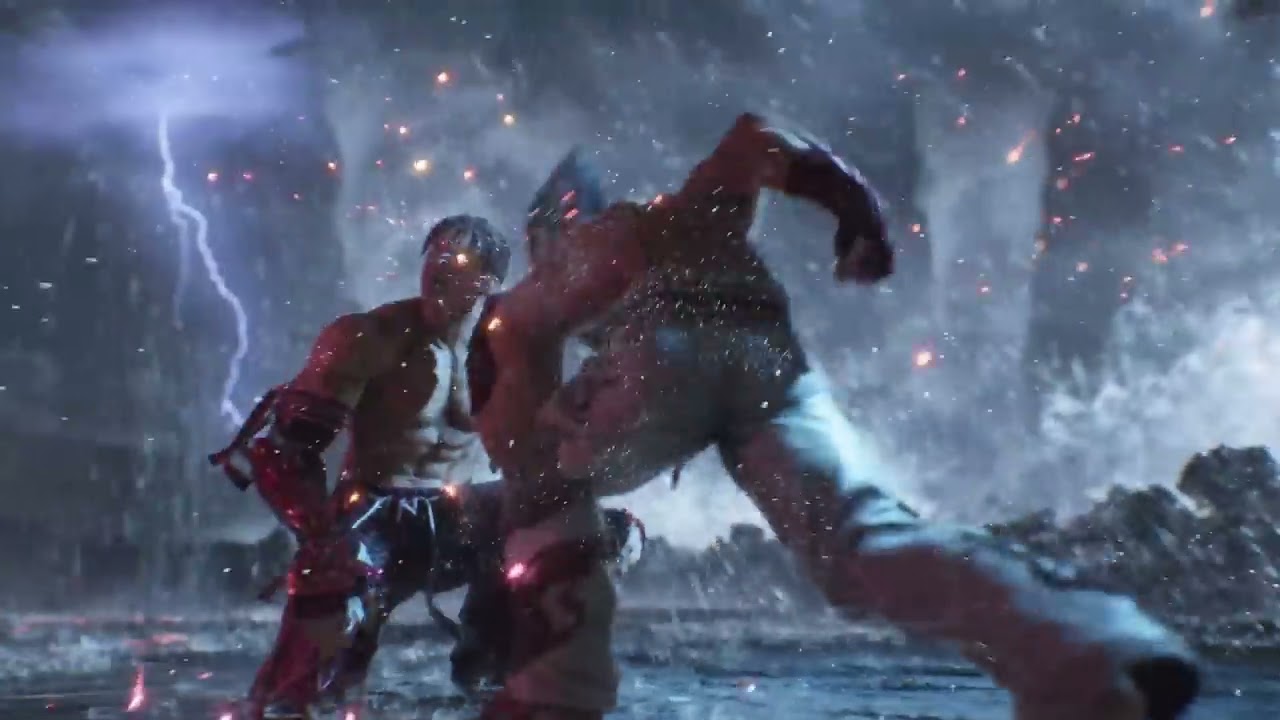 Tekken 8 will release for PlayStation 5, Xbox Series X|S, and PC. No official Tekken 8 release date has been revealed at this time.