Released 11 years ago, The Elder Scrolls V: Skyrim has been critically acclaimed by fans. But have you ever felt that something was missing? In this open-world RPG with a ridiculous amount of quests, what if all you wanted to do was climb a ladder?

Well, you don’t have to worry anymore. Your weirdly specific request has been listened to by Skyrim’s modders because Everglaid’s Animated Traversal has got you covered. 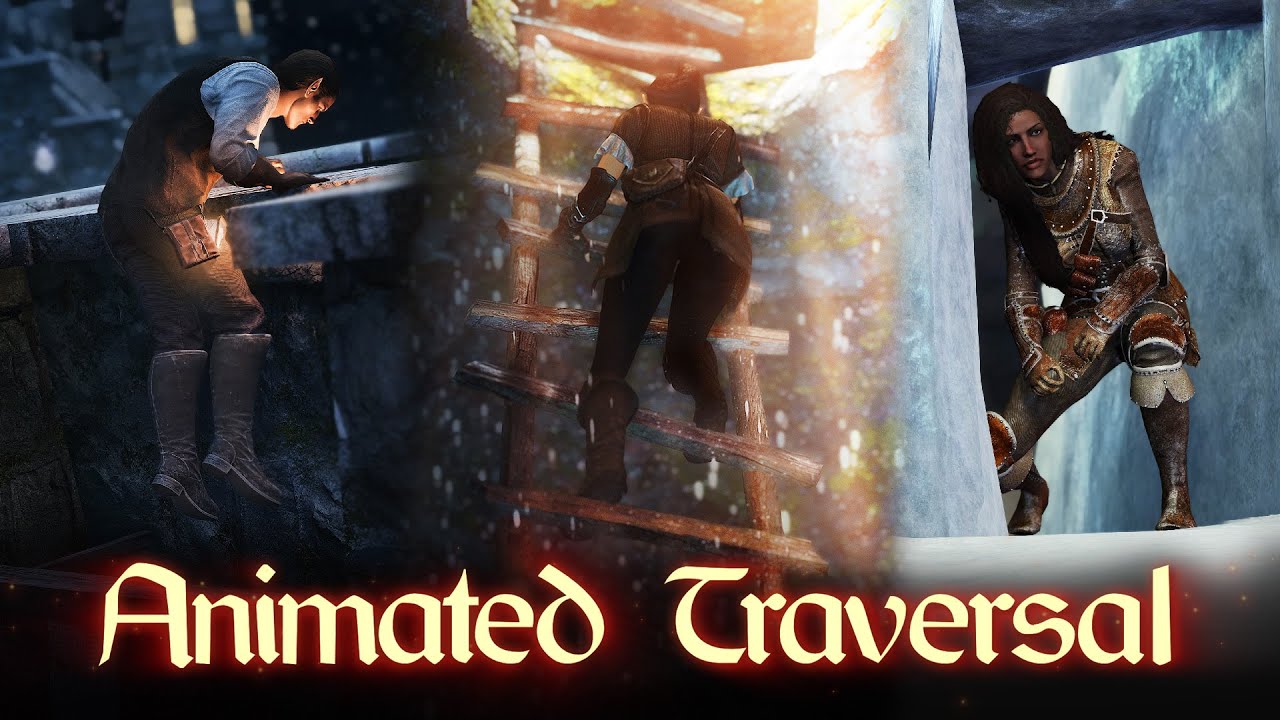 The Reason Behind This Mod

Ever since its release in 2011, Skyrim’s modding scene has been alive and well. One might even remember the time when a mod that replaced Skyrim’s dragons with Thomas The Tank Engine was one of the biggest things. It’s commonly been said that if you’re playing a Bethesda game nowadays without modding it to oblivion, you’re doing it wrong. Even though it may seem like an odd choice for a mod to add climbable ladders, the main reason behind this mod goes further than that.

Going by the Nexus page for this mod, the creator says this mod adds “prompt” markers such as something like Cyberpunk 2077. The prompt will then trigger a unique animation such as vaulting over a wall and yes, even climbing ladders. All this will add a new method of traversal in Skyrim,

You can download two files related to this mod, the first one being the actual mod itself. The second is a voiced quest that features a dungeon, not filled with enemies as is the case with most Skyrim dungeons. To progress in the dungeon you need to climb it. All the dungeon does is show that the idea behind this mod works and although it might seem silly at first in the future will help other creators to enhance their mods by adding prompts from this one.