written by Abdul Wassay 6 months ago

Thymesia cloud version release date has been confirmed. Team 17, the publishers behind the game, and developer OverBorder Studio have revealed that Thymesia is getting a release on the Switch, but in the form of a cloud version. The game will launch on August 18th, which is the same day as all the other platforms.

For a while, there was no official word on if Thymesia would be making its way on Nintendo’s console. While the announcement is great news for some, for many it’s not the best way to play the game. Regardless, there’s at least an option for playing the game on Switch, even if it requires you to have good internet connections.

For those who don’t know what Thymesia is about, the action RPG takes place in the Kingdom of Hermes after a disaster has struck. The residents of Hermes became too involved in the magical practice of alchemy, and ultimately, the price became too high. Within days, the kingdom fell to chaos, infected monsters prowling the blood-soaked streets, all hope of a cure lost.

The player plays as Corvus, who has been described as the kingdom’s final hope. The truth behind the fallen kingdom is buried deep in the memories Corvus left scattered throughout the punishing world, and only by collecting these lost memories can the kingdom be saved, but each time Corvus dives back in and uncovers a hidden memory, trying to piece together the truth, all he finds is more secrets.

The gameplay of the game will involve players fighting various monsters. You can get plague weapons from the game’s bosses and powerful enemies, which allows you to wield deadly weapons. Players can also switch to the Raptor form during battle, which acts as a temporary power boost for the player. Players will have the ability to upgrade Corvus’s basic ability and weapons to suit their playstyle.

You can view the Thymesia cloud version switch trailer below: 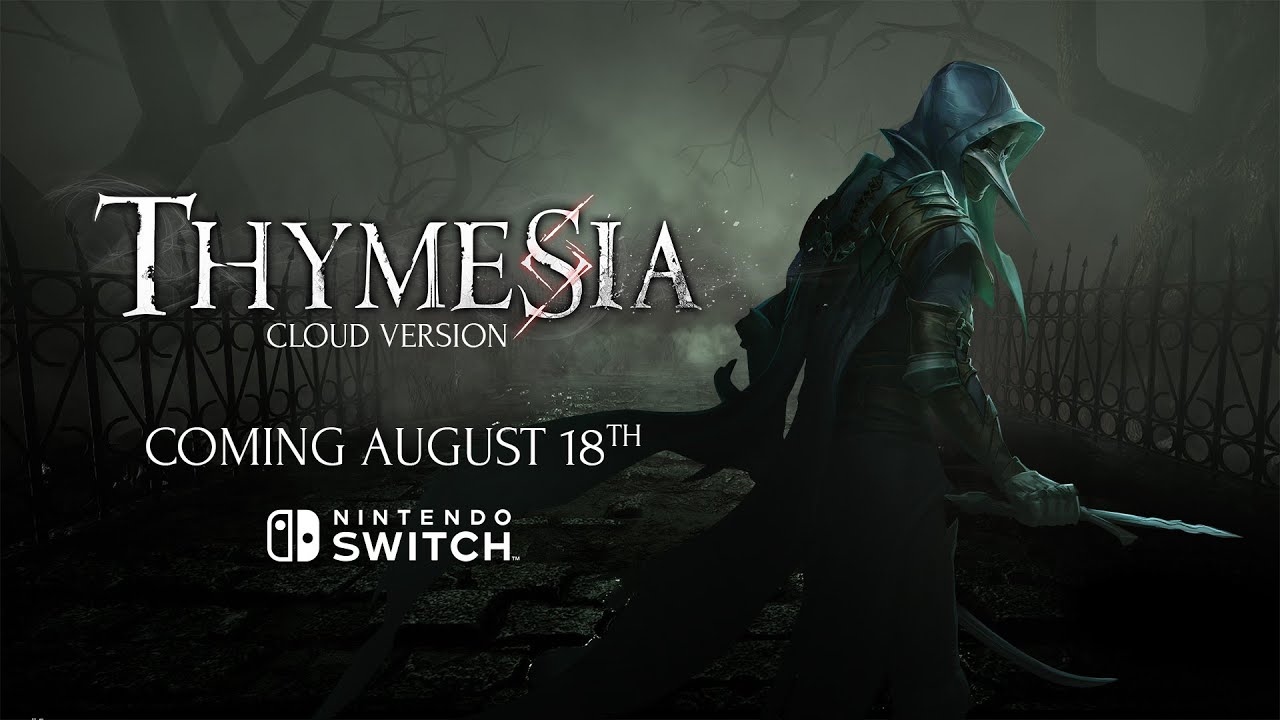 Thymesia will release on August 18th, 2022 for PC, PlayStation 5, Xbox Series X|S, and the Nintendo Switch as a cloud version.