Valorant Champions Skin 2022 has been revealed. Riot Games has revealed the Valorant Champions Bundle 2022 and pack set to release from August 23rd to September 21st, with 50% of the net proceeds going to the teams participating in the tournament.

The Valorant Champions Bundle 2022 includes a Butterfly Knife, Phantom skin, Spray, Player Card, and Gun Buddy. Just like last year, the skins from this pack have Champion Aura, a visual effect that makes the skins glow when the player has the most kills in the game.

Like other skins of this price level and tier, they have tier visuals that players can unlock with Radianite. Both the Butterfly Knife and Valorant Champions Phantom 2022 have three levels. The knife unlocks model design at level 1, golden VFX strokes and looping animations at level 2, and champion aura, evolving design, and custom control animation at level 3.

The Valorant Champions Phantom 2022 will feature a level 1 model design, glowing red hubs, Champions 2022 logo, and an ADS reticle. At level 2, the weapon will have its red flash on the muzzle in the shape of the VCT Spark logo, the Champions 2022 anthem will play during the inspection, and a glowing aura after each kill. Tier 3 will feature a finisher and Kill lettering, and tier four will be a weapon cap with an evolving design and champion aura.

Flex more than just your skills with the new #VALORANTChampions collection.
Available starting August 23rd for a limited time, get the Champions Phantom Skin, Butterfly Knife, and more in the store! pic.twitter.com/OGqZH2DvEH

Skins will only be available for sale between August 23rd and September 21st and will no longer appear in the shop or night market. Riot Games announced that the 2021 Valorant Champions pack raised $7.5 million for teams at the event about halfway through the tournament, with a later report that the total revenue for Riot Games from cosmetics was $18.7 million.

Watch Champions on the respective dates to earn the drop.

One thing that should be stated is that you will be able to buy the bundle for 6265 VP, or about $66. The Valorant Champions tournament begins on August 31st with the group stage in Istanbul, Turkey. You can check out the trailer for the Champions 2022 skins below: 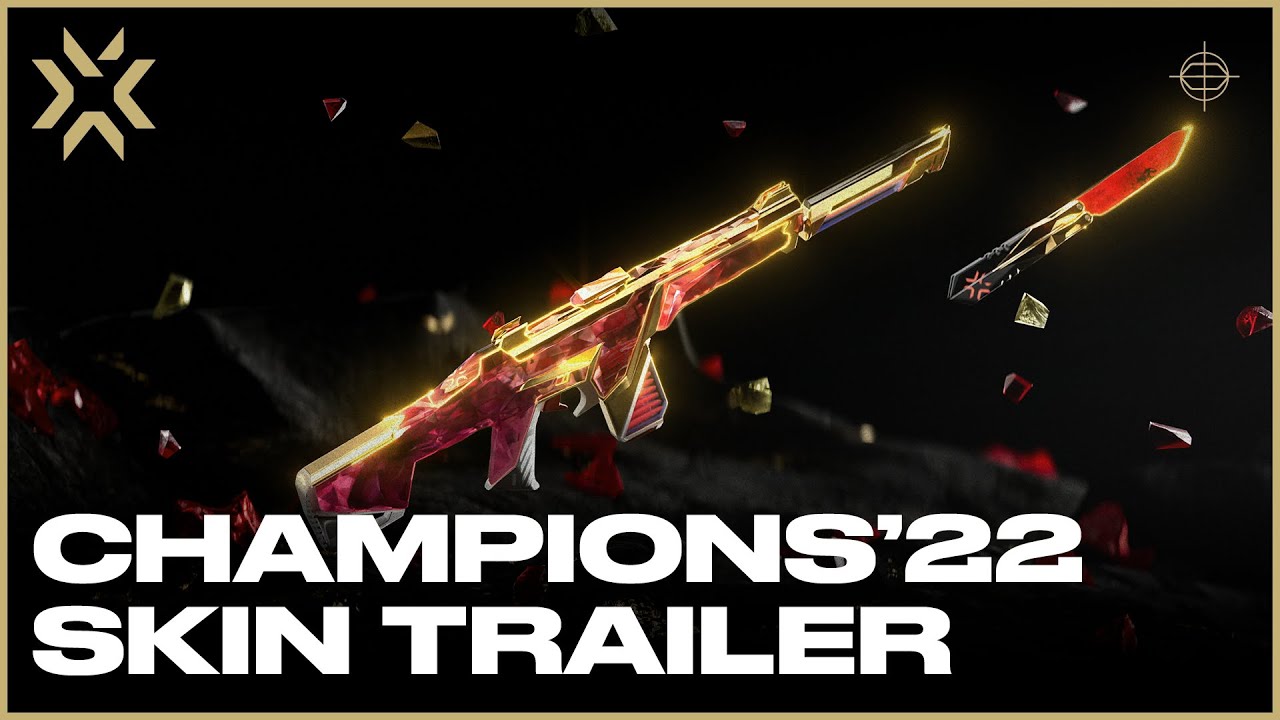