With the end of the Valorant world cup, Riot games want to make sure they retain the attention of players, and the new flashy Valorant ChronoVoid Skin bundle is sure to bring in some hardcore fans with its elite futuristic aesthetic, resembling that of previous popular bundles such as the Ion and the Sentinels of light bundles. Players can look forward to four new weapons skins as well as a new knife that packs many secrets for you to show off. 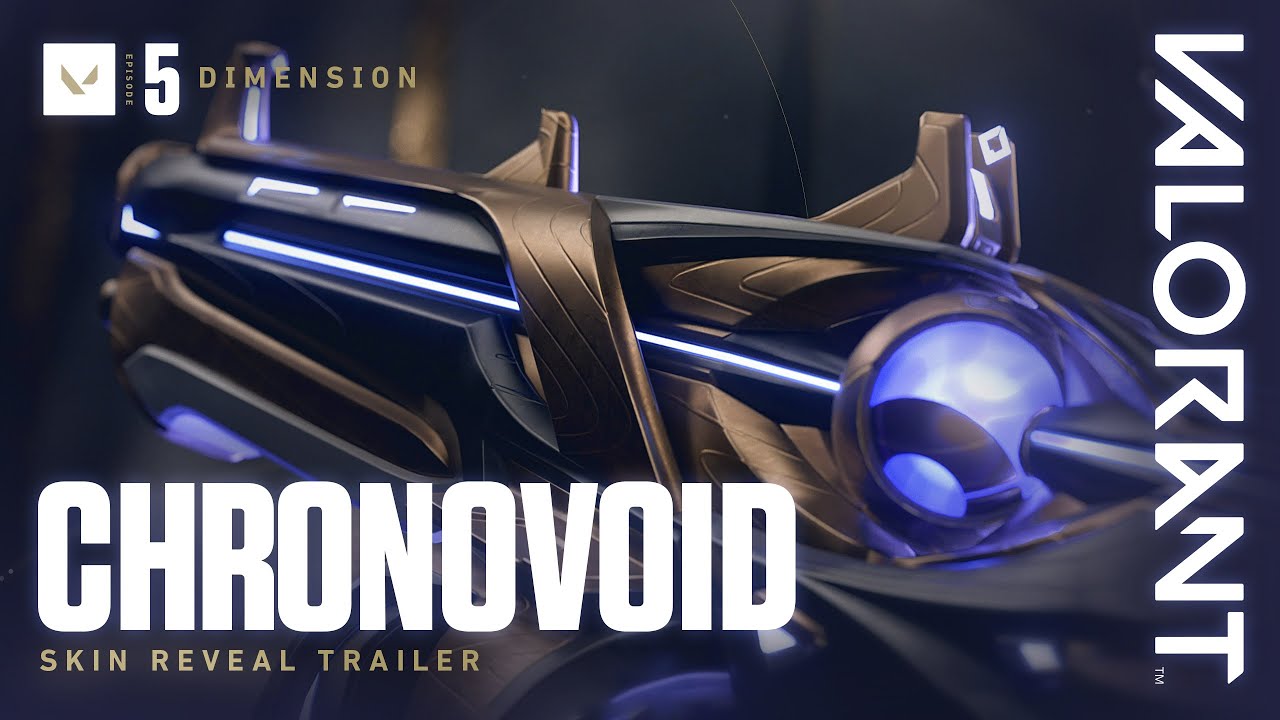 The ChronoVoid Bundles makes it ways to multiple weapons to ensure that you’ll definitely have it equipped in battle during the match no matter what your playstyle. The ChronoVoid skin is making its way to the Judge, Phantom, Sheriff, Vandal, and Melee. This premium bundle comes equipped with three styles of guns red, green, and blue variants. These guns will feature all-new visual effects and firing audio along with fresh ADS reticles. This weapon pack in particle has four levels for players to unlock, giving you access to custom animations with each level.

Level three brings custom equip, reload, inspect, and idle animations to make those recorded clips stand out amongst the rest.

Finally, the most experienced players will gain access to level four which grants you a new kill banner and finisher unique to the weapon bundle.

The highlight of the bundle, however, is the new Melee weapon “Terminus A Quo” which sports a very unique look unknown to the Valorant community and has everyone curious about what unique animations it brings to the table. This new Melee weapon will have two levels and three variants to choose from. The ChronoVoid bundle also includes a Card, Spray, and a Gun buddy that all look as unique and refined as every other weapon in the bundle.

The bundle will debut in Valorant’s game store on September 21, 2022, and will set you back 8,700 VP as it belongs to the XE tier. It is expected to stay in the store for two weeks unless Riot Games decide otherwise. See you on the battlefield with those flashy upgrades, gamers!

Just your average closeted gaming enthusiast on a role-playing journey to find those hidden gems. Finally, using the opportunity to put my writing skills and experience to use in something I'm truly passionate about.